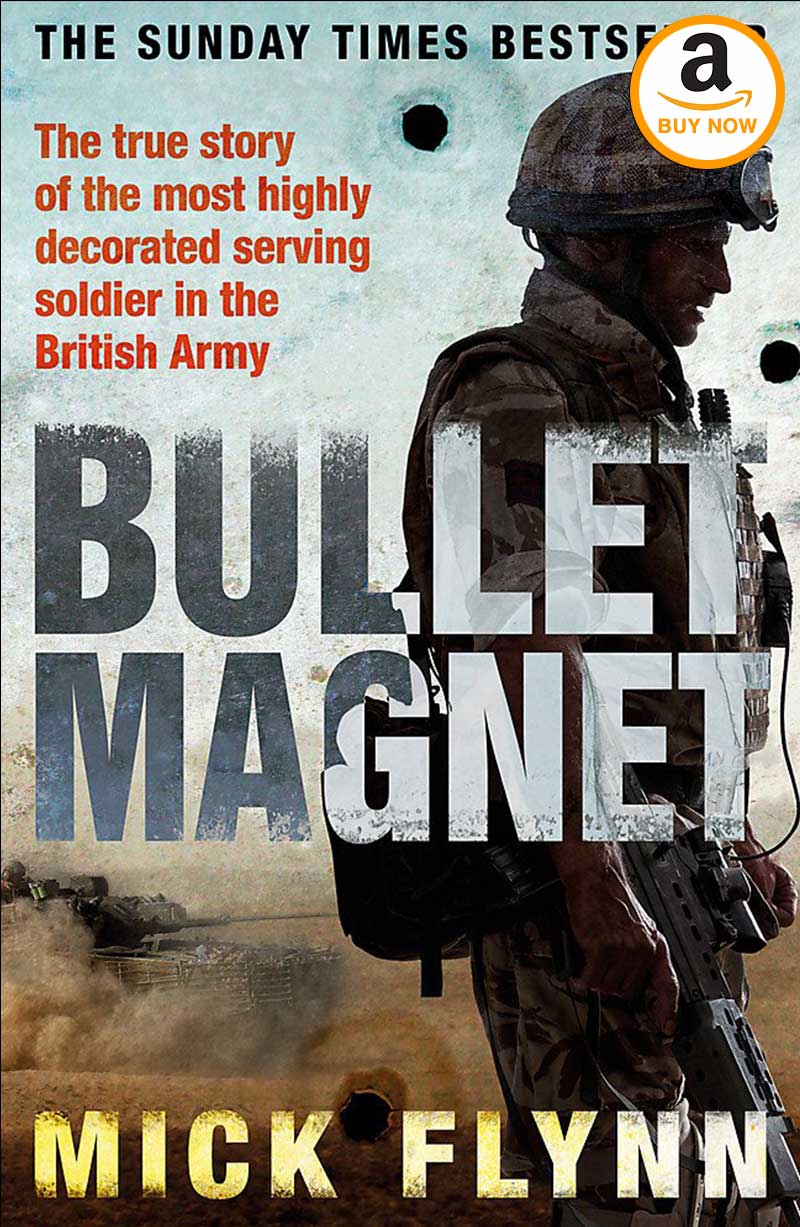 From his uncompromising South Wales childhood to the streets of Belfast, where he first learned the bitter realities of armed conflict, Mick Flynn has never backed away from a challenge. Trouble has come running to meet him at every turn. Whether on the Skyhawk-blasted Falklands clifftops, where he witnessed the Sir Galahad going down in flames, or in the deserts of Iraq, where he pinned down an entire squadron of enemy tanks, Mick has carried the attack with a coolness that has earned him the respect of princes, generals, and his fellow soldiers.

Mick Flynn has seen action in every major British war zone of the past 30 years and only recently retired from the legendary Blues & Royals. Bullet Magnet is his story - the story of an extraordinary modern warrior who mixes warmth, humour and at times heart-breaking poignancy with breath-taking courage and fighting skill.
Excerpt:
‘A storm of small-arms fire rattled over the hull like metal raindrops. Before I could react, an RPG-7 rocket slammed into the cage armour. The Scimitar rang as if it had been hit by a wrecking ball. For a split-second, I blacked out…’
Reviews
‘What a story! Sometimes his humour had me laughing out loud, and at other times the events that he portrayed in the written words had me shocked and saddened, having to re-read the lines again to let it sink in. Truly gripping from page one.’