In Gangs, Ross Kemp squares up to the world's hardest streetfighters. 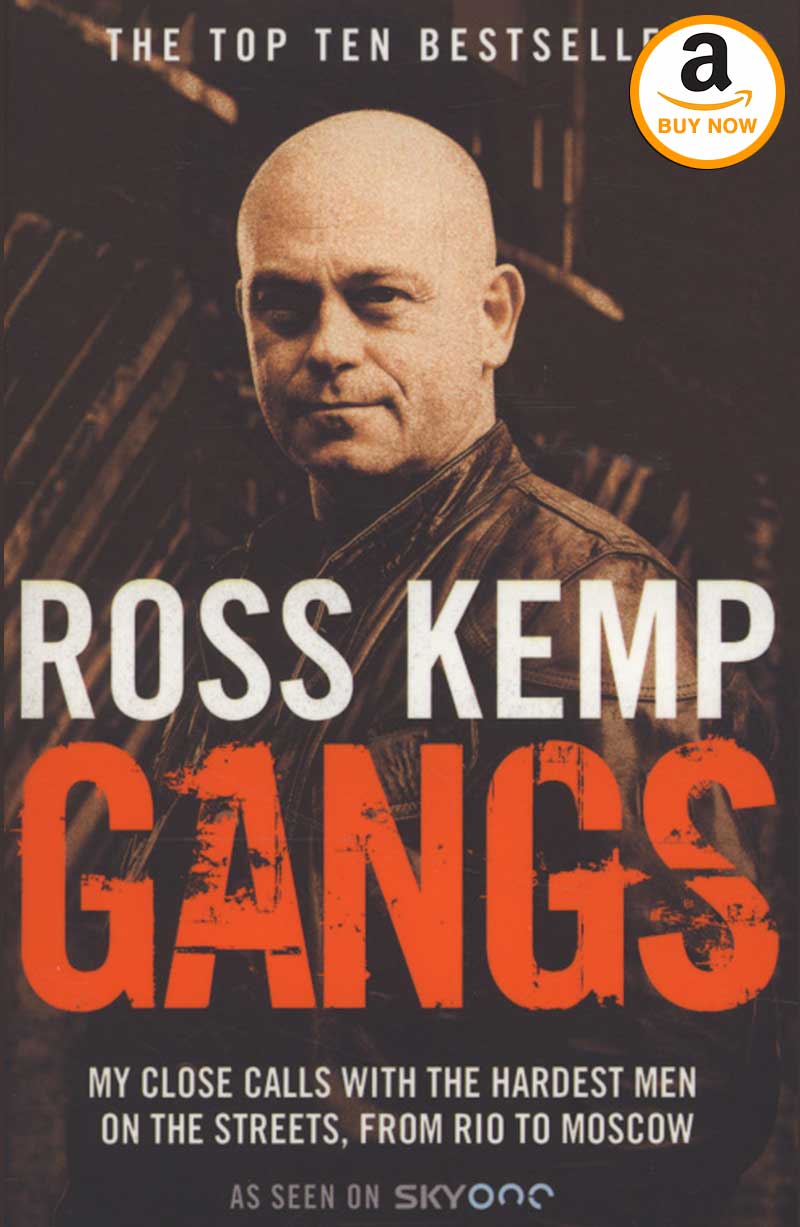 Summary
Across the world millions of people are members of street gangs. In groups they fight, stab, rob, rape and murder anyone who isn't one of their own. And when rival gangs meet; what you get is warfare.Ross Kemp, whose dad was a copper and taught him right from wrong, decided to infiltrate these secret underworld organizations to discover who they are, what makes them tick and what the law is doing to curb their criminal activity. On his harrowing journey he; meets murderous members of the Number gang in a Cape Town jail; crosses paths with warlords in Guatemala; gets shot at in El Salvador; is set on fire as an initiation test for Russian Neo-NazisOnly TV hardman Ross Kemp could get this close to the world's most violent street gangs: he's tough enough to earn their trust and so get them to confide their innermost secrets. It's a wild ride and not for the faint hearted...
Excerpt:
‘…Hound Dog had a small teardrop tattooed under his right eye, long sprouting dreadlocks with red plastic bobbles clipped round the ends of the plaits and an easy-going, open manner. He was highly intelligent and charismatic. He knew more about the Civil Rights movement than I ever will, and he talked about life and death in a plain, matter-of-fact way. We both knew that if he’d been born two miles up the road then he might have gone to college. As it was, Hound Dog lived in a Bloods enclave totally surrounded by Crips. This wasn’t a healthy location. In fact, it was so toxic he told me he had been shot twenty-seven times. At first, I didn’t believe him. How could any human being take that many bullets and survive? It had to be some kind of a world record. Either that or a miracle. Watching my reaction, he said, ‘You don’t believe me? Most people don’t believe me.’ He pulled up his shirt, lowered his jeans and counted off the bullet-holes one by one.’ It was true: his body was starred, notched and riveted with entry and exit wounds. The man was a walking testament to modern medical science.’
Reviews
‘A real eye opener about, drugs, guns and gangs, Ross tells how people in the countries he goes to have to do crime just to survive, no glossing over anything. Gets himself into some pretty hairy situations, if you liked his shows you'll love this book.’